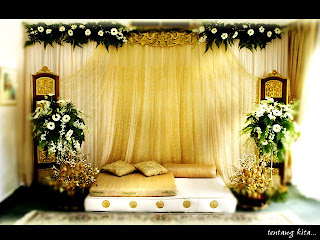 Waaaghh...it's been a while, i haven't hit my blog almost 1 month due to my laziness to write. My blog must be felt so lonely. Vacation on the line, thus i felt it's not really in the "mood" to write my thought. But i changed my mind suddenly. Something that i should share with bloggers. Currently, i'm at taiping, attending cousin's wedding and it's totally damned boring. Why????? Let me explain. My cousin's wedding, not very close one, owner of chicken rice restaurant at Taiping, Perak, 1 year older than me, young but rich (He bought honda jazz with cash,$$ on 2007) and so on. That's the part of the reasons.

Furthermore, i'm here because of my stupid request from my family and they said i should show my face there. Hello!! cousin's wedding is not in my head and i have a lot of stuff to do rather than attending this worthless event. Next time, i should try to think some plan to avoid this kind of event. Yeah, thinking about marriage, certain of my friends are already getting into marriage life and i felt it's kind of annoying coz you throw yourself into troubles. At early age, if you really mature enough to decide your life and stable financial security, most probably the next step is marriage. I don't mind if certain of my friend also getting engaged and get married but uncomfortable it's how i feel. It's totally different life and you relationship as friend might not used to be.

People define marriage by themselves but i defined marriage as the worst burden in my early age especially student. If we look into religion perspective, it is encourage for every muslims to get marry in early age and that is what our prophet's remedy IF you able to do so. Some of us think that marriage is simply like tie the bond between the man and women but it's far greater than that. marriage often formalized by a ceremony called wedding. People often think marriage is really a happy event but have they look into the reality. 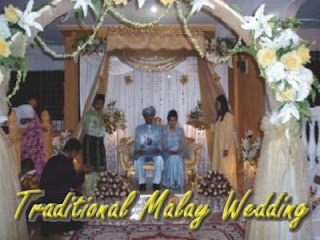 Does every marriage could really bring happiness OR disaster?? i don't think there is a good answer. As general, people marry for many reasons. As example, there are certain types of marriages whereby certain people tend to marry more than spouse, that is poligamy. The marriage comes with many responsibilities. Are we ready enough to face it???
Posted by aMMerZ at Friday, June 05, 2009 4 comments: