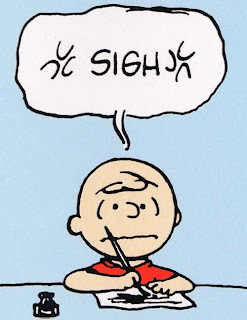 well, today i'm not going to write about the REGRETS i had this year, it was MORE, believe me!! it will be the next next next entry, who knows??!! god knows the best. Recently, there are many things happened; quite unexpected but i would say, predicted and "i know this BAD thing will come".I was born with extraordinary power (sometimes powerless too!!) and well said, mediocre too.

EVERYBODY WAS BORN WITH THEIR SPECIALITIES, so do i...

to make it short, i might be able/sometimes predict BAD things will happen, it can turned up so fast and u may expect "wow, that actually really happen???oh, badass!!" but it can turn up in the other way round too. People said not everything comes as what u expected. I DO BELIEVE ON THAT but sometimes i ignore it too.

As i expected, one of my frenz failed to convince the people he actually/was born to be GREAT leader ( the same level with me, i guess!!!) and that was the first thought i had on him. ( the GREAT leader). Due to misunderstanding incident, he was acting emotionally, didn't replied any messages, frequently sent ANNOYING messages and sounded like THREATEN to us, and so on.

At the last minute, he didn't want to turned up himself and decided not to appear due to his egoism, another commitments and admitted that more contribution has already put in the first place to initiate the program. Seriously, this is really bad mindset and it could not help the situation. WORST than ever as result. that's how i think.

He has been told that his presence is needed here so that more dispute & pending jobs he left can be solve a.s.a.p but still he don't get it. Come on, my frenz!! u are excellent student with GREAT pointer but how can't u understand the simple thing about people's feeling. I admitted, he did so much for the program but he's not willing to let people knows his hardwork. That's why this thing happened. **sigh**

Now, he's not turned up and expected to held the meeting very soon in the next semester. I don't think he may get the same co-operation, same friendship, same smiles and so on. Well, it's easy to decide but the consequences, u will bear it along your life journey and people will not believe anymore in your principles. not anymore!!

He did answered "he confused about those stuff being throwed to him" and he lost the intention to come here to clarify and convince the team. HOW GREAT LEADER HE WAS. Thx a lot frenz and u killed my respect to u due to your egoism.

WHAT WAS I THINKING ABOUT THIS?? **sigh**The truth was i'm already EXPECTED this might be happened in the future, some resources did told me how this fellow turned down some people and didn't keep his promise. I BELIEVE it's becoming more OBVIOUS and the true colours has revealed itself. **sigh**

I thought different colours, different races, different religions might give some positive tunes to the REALITY scene but that is not what i expected. One of my closed frenz told me, dun expect to much to him coz the result is not the same as what u want. She's right!!! Absolutely!!

The great power that i possessed might be guidance for me not to put 100% trust to the people closed to you. Even they are your family members, closed frenz or "wanna be" frenz and so on coz most of them are the same. Should i stop trusting people around me or just ignore it?? that depends how it influencing my life.

As conclusion, as for myself, do not put 100% trust to the people closed to you or people u care about ( they might turn up to be ur enemy!!), second, prediction and instinct, both are good ones and can protect us from harm myself, good prediction can avoid u some bad consequences and lastly, the decision to quit might be near than i expected. SOON. 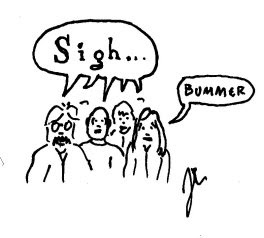 did 'he' is someone that i know and i be friend with?