More FEAR from our DPM 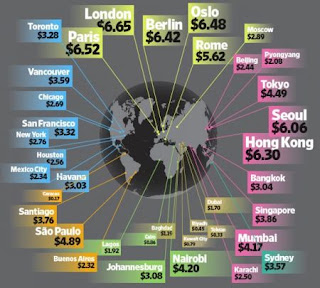 Hello & hi everybody!!it's been a while since i haven't send my post.
My post today regarding the removing of fuel subsidies by the government. Well, tracking the global crude prices that continuous falling down below $50 per barrel,expectation??!!Of coz, the reduction of oil prices!!Currently in Malaysia, the retail price of RM2.00 per litre of petrol is too higher for commercial price which is RM1.64,affected by declining fast of global prices. According to Domestic Trade and Consumer Affairs Minister Datuk Shahrir Abdul Samad, the retail price would have to take into consideration other cost factors such as the refinery cost. Should we consider this reason might be another reasons created in other to cheating people??i think the cost of refinary cost might not costing thousands of billion ringgit just because we need to cover the cost.ABSURD!!Political stuff again..Show the proof, then we can believe whether the people's money is used properly. In UMNO showed to much political ploys 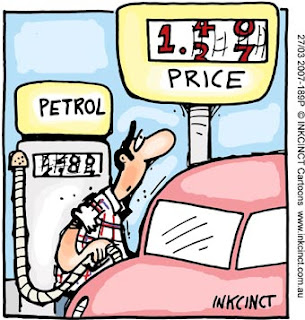 According to our DPM Dato' Seri Najib, Don't expect the pump prices to be constantly reduced. Yeah, It's true & we, people care about this fuel prices because it affects the other things. At the end, consumer has no right to stabilize the current condition & more people getting suffer from this action. The volatility of global prices might reduce the petrol dealers benefits. Since the government move to reduce petrol price due to current global price, this might be the tougher transition because the dealers need to set up again their monthly budget & might cut @ increase other goods prices due to necessity. The cash rebate for motorist might not be relevent enough to curb the problem. I'm not really agree with his statement "If oil is too cheap we will not work very hard to seek alternative sources of fuel". Then, what's the purpose of having so much scientists & engineers if they just relax and not seeking any alternative resources. They are not so stupid & decide like that. Expectation for petroleum depletion might be the STRONG reason why we must find alternative resources. That's all that matters.

But it's not totally i hate the government movement to stabilize the crude oil price but it's just not cope with the people's demand. The act of National Economic Action Council (NEAC) that will meet at 1 December might seem the best movement to stabilize the economic petrol price for Rakyat. The purpose of meeting to decide whether to choose between the current managed-float mechanism or be fixed at a minimum price. I Prefered they choose fixed at a minumum price. Great impact to stabilize the sluggish downturn of economy. Let public benefit from the price falls might just be "comfortable" statement to calm the public right now. Whether the current price might fall below $40 seems really possible. Noted by certain articles "economic concerns are clearly trumping any further production cuts by the Organization of Petroleum Exporting Countries, which accounts for about 40 percent of global supply. OPEC lowered production quotas by 1.5 million barrels a day last month, and some analysts predict even lower levels to come out of the cartel's next official meeting Dec. 17". The production might be expected lower in the next month. Oil prices have been crushed as the global economic downturn has diminished demand. 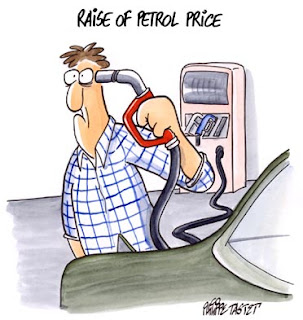 As it is, inflation has risen sharply and the higher costs of energy and poorer sentiment would have affected growth in output, an expensive lesson indeed for Malaysia. What choices we really have right now??
Posted by aMMerZ at Friday, November 21, 2008